Over two million visitors to museums 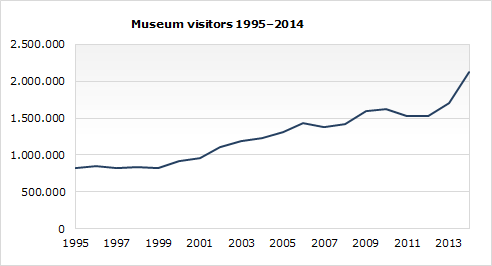 Attendance to museums was greatest in the Capital region, some 1.3 million visitors last year, which equals 61 per cent of the total. The number of guests in other regions was significantly lower. Most visited were historic museums, six of every ten guests; two of every ten visited art museums and one of every ten natural museums and aquariums and zoos.

The figures include museums and special branches of museums, science centres and permanent exhibitions open for public display, which were able to provide the number of visitors.

Go back
Use of this press release is free. Please quote the source.
For further information please contact Ragnar.Karlsson@Statice.is, tel. +354 528 1051