One of every ten attends performances by amateur theatres

The number of spectators to performances of amateur theatre groups totalled roughly 33 thousand in the theatrical season 2013/2014, which is almost on a pair with the previous season. This equals each individual attending a performance by the groups once a year. Lately, after an increase for some years, there has been an insignificant decline in the number of spectators (see figure 1). 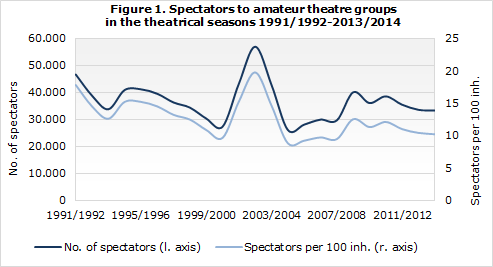 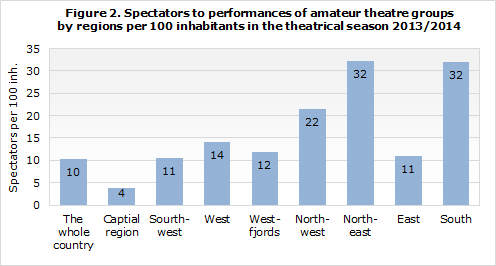 Stage productions by amateur theatre groups in the last theatrical season numbered 69, which were performed 483 times. Three of every four productions contained work, one or more, by an Icelandic author. The total number of performers was over 1,300. 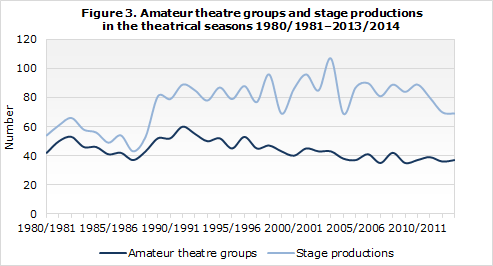 About the data
Statistics Iceland collects annually information on amateur theatre groups. The information is derived from the database of the Association of Amateur Theatres.